Search for magazines, journals, and newspapers by title or subject.
Research Guides

Use these course and subject guides to start your research.
Quick Start Guide 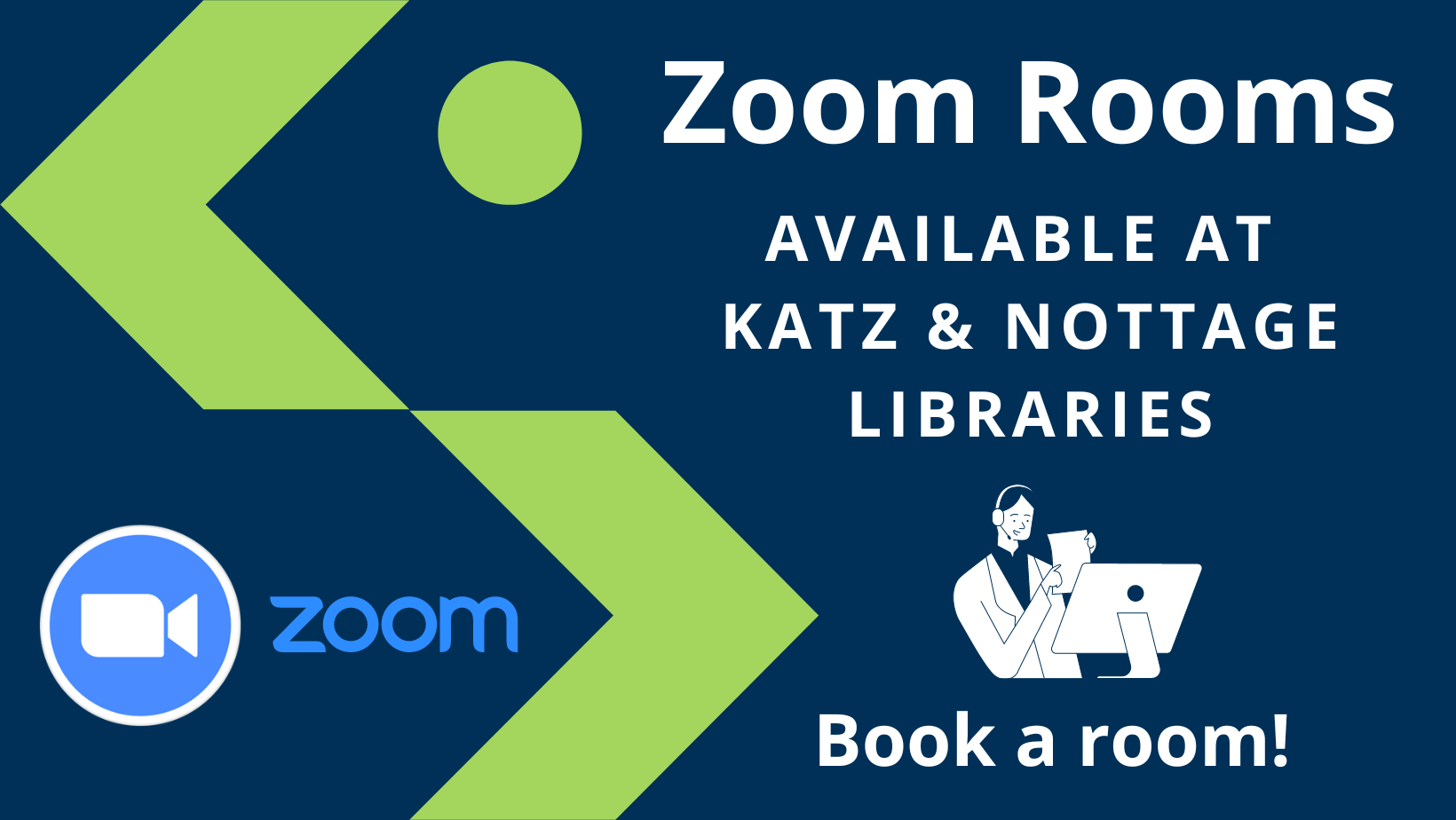 UMA Libraries has two “Zoom Rooms” reserved for patrons to use during synchronous class sessions. One is located in Katz Library 104 (Augusta) and the other is located in Nottage Library - Belfast Hall 110 (Bangor).

Students who do not live on campus, yet are taking a combination of live in-person and live online classes may find them especially useful.

The rooms are “first come, first served” unless booked. UMA-affiliated patrons have priority of Zoom Room use over public. Public patrons have a max duration of 2 hours of room use per day. To use a Zoom Room, inquire at the Circulation Desk.
​​​​​​
Guidelines for use of a Zoom Room include:

Depending on availability, these rooms may also be used for personal or group study. Exceptions may be made at the discretion of Library Staff.

UMA Libraries’ mission is to support the vision and mission of the University of Maine at Augusta and to improve institutional outcomes for student, faculty, and staff success by:

The Bennett D. Katz Library sits at the center of the Augusta campus adjacent to the Michael Klahr Center. Equipped with computer technology, areas for quiet study and group activities, and quick access to staff and faculty, the Katz Library services a variety of community needs.

The Bennett D. Katz Library at The University of Maine at Augusta was designed to serve as a centerpiece for learning support for UMA students. The original building was completed in 1974. A major addition in 1988 included new interactive television studios and the statewide ITV system control center, as well as a new wing of the library. The facility now also includes a state-of-the-art recording studio associated with UMA’s premier jazz and contemporary music program.

The Katz Library collection focuses on the academic programs offered by UMA and has become a very effective tool for study and research for the UMA community. The collection is developed in concert with the UMA faculty. As a result, it represents the research and study needs of students and their academic programs.

UMA is a partner in URSUS, the shared online catalog of the University of Maine System. URSUS allows users to search and request materials from the collections of statewide campus and public libraries. In recent years, development of online databases and full-text electronic collections has enhanced UMA’s ability to provide high quality online library services to UMA students on-campus and those taking distance courses.

The Katz Library houses the Maine Women’s Hall of Fame, which comprises photographs and commendations recognizing Maine women whose accomplishments have had a significant statewide impact and who have improved the lives of women in Maine. Each March during Women’s History Month, the Maine Women’s Hall of Fame induction ceremony is held on the UMA campus. The Terry Plunkett Maine Writers Collection, also housed at the Katz Library, was dedicated shortly after Professor Plunkett’s death in 1998.

The Katz Library building is noted for its scenic views and striking architecture, with angular rooflines and large expanses of windows providing natural light. The library provides display space for student and faculty artwork representing the outstanding UMA art program.

The library is located on the Augusta campus of UMA, just to the east of Jewett Hall, and is open evenings and weekends while classes are in session. The Bennett D. Katz Library is a community library and is open to the public, providing guests public access computers, guest printing and wifi access, and community borrowing cards. Specific guest borrowing policies are listed on the Library Services page.

In 1999, the library was officially dedicated and named in honor of Bennett D. Katz, a legislator, local businessman, and founding father of The University of Maine at Augusta. His contributions to the development of the University, while a state senator, Chair of the Joint Legislative Education Committee, and UM System Trustee, served as the basis for this decision.

Bennett D. Katz was born in Springfield, Massachusetts. He attended public school in Boston and received a B.A. from Tufts College. He was a pilot in the Army Air Corps during World War II and later flew for American Overseas Airlines.

He worked in the hotel and travel businesses before becoming president of Nicolson & Ryan Jewelers, a position he held from 1950 to 1988. His political career included serving as Chairman of the Augusta Republican Committee, Chairman of Maine’s First Congressional District GOP Committee, Member of the Augusta City Council, Member of Maine’s House of Representatives, Member of the Maine Senate, and Senate Majority Leader.

Bennett Katz received numerous awards, including an Honorary Doctorate from the University of Maine System. He lived in Augusta with his wife, Edith and passed away in November 2007.

The Nottage Library welcomes you to our space on the first floor of Belfast Hall at UMA Bangor. Here you will find comfortable furniture, group areas, quiet study spaces, and plenty of computer terminals. Staff are happy to assist you in finding the information you need and learning how to use it.

We can serve many of your academic needs. We are not just interested in handing students a book; we want to help students learn how to search the Web, use books and articles in their writing, and cite their sources.

We can help in-person, on the phone, and online. Librarians are available via chat reference many of the hours that the library is open. We also have Research Guides for many of the school’s courses and programs.

We have a carefully-chosen book collection of more than 25,000 volumes, as well as 550 audio and video recordings and 180 periodical subscriptions. We have specialized collections serving UMA Bangor’s unique Dental Health and Veterinary Technology programs and strong support for other UMA Bangor programs such as Mental Health & Human Services, Justice Studies, Computer Information Systems, Liberal Studies, and Business Administration.

If we don’t have the book that you need, we can easily help you get it from other libraries. You can have books brought here from any University of Maine library with just a click in the URSUS online catalog. Just ask how!

Most of our journals (as well as many books) are available online. The University provides you with online options where you can start all of your research: OneSearch, and the Library’s Databases.

Directions to Nottage Library from Interstate 95:

We are happy to help you. Here are some tips that will help you get the most out of your library visit.

Students can borrow books, DVDs, and other items for the following periods:

Be sure you know the due date for any library materials you check out. We will send you a notice of any overdue books. Returning or renewing books promptly at this point will avoid all fines. Your next notice will be an emailed and printed bill for $55.00. If you return books after they have been billed to you, your cost for URSUS books will be removed.

If no one else is waiting for the books checked out to you, you may renew them by phone, in person, or through the online catalog (URSUS). Renewal lets you avoid all overdue notices and bills. Periodicals, Maine File materials, videos, and reserves cannot be renewed.