Certain rooms may be equipped with multiple cameras while others have only one. 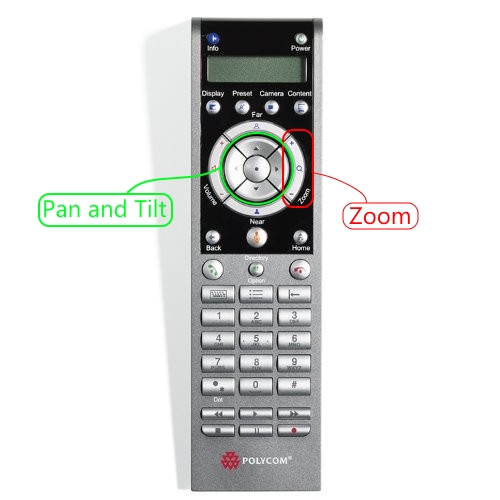 If you’re in a room that has multiple cameras, first you will need to select which camera you wish to control by using the ‘camera’ button on the remote.

Adjustments that can be made:

Participants can control the cameras of others by selecting the ‘Far’ button, then following the same steps as above. To switch control back to your own camera, press the ‘Near’ button. 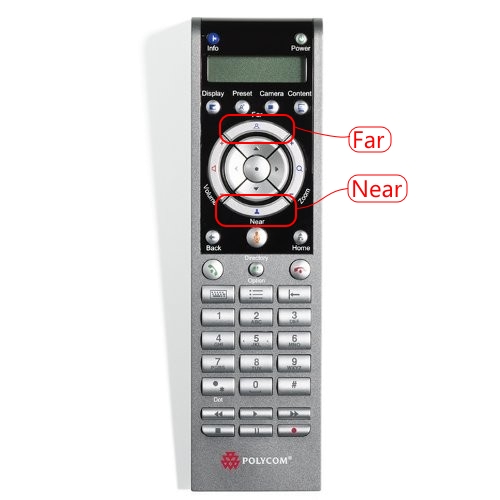 Certain rooms may have preset camera locations programmed to the remote. To switch to a preset position, click on the ‘Preset’ button, followed by the number corresponding to a previously set position.